Thoughts while we wait for Christmas....

I sat in church yesterday morning with a heavy heart. There have been things on my mind lately that I struggle to process. A lot of moments where I understand WHY people feel what they feel, but I also don't understand at all. But how do I express that? And as a lover of peace and hater of conflict, is it worth it to even try? 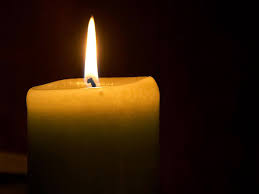 I realized that perhaps I should speak because I've been entrusted with a unique gift received through a lot that hasn't been at all easy; the gift of perspective because I have spent a lot of time living alongside of people who are different than I am.

Calcutta is an interesting melting pot of philosophies and religious expressions. While there are many diverse directions of belief that people adhere very closely to, the city lives pretty much at peace with each other. In other parts of India there are fights and killings, but in Calcutta there is mostly peace between religions. I once saw the fierce passion of a parade of thousands of Sikhs. I witnessed their pride and thought what a fearsome force they would be to reckon with in battle. I've watched animal blood pool on the streets during Islamic Eid not far from a Hindu temple where the killing of animals is abhorrent. I've slipped through the massive crowds of a Hindu puja into a Christian church and sat without fear of reprisal.

I discovered two possible reasons for this tolerance.  One was the teachings of acceptance by Ramikrishna, a revered guru who lived in the area, and the other the legacy of Mother Teresa who believed in expressing the love of Christ in the most counter-cultural and radical ways: being the self-sacrificial hands and feet of Jesus to anyone and everyone in need. A beautiful example indeed where when people think of Christians, they think of love.

Because Love came down for us, for all of us.

It reminds me of the words that David Wilkerson reportedly spoke to gangster Nicky Cruz when Nicky told him he'd kill him for talking about Jesus.  David said, "Yeah, you could do that. You could cut me up into a thousand pieces and lay them in the street, and every piece will still love you."

Think this sort of radical response isn't asked of us?

And I looked at the candle and remembered, Love came down for us. For ALL of us. 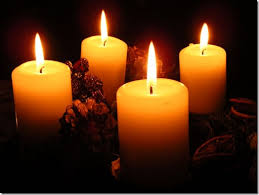 My life has been immeasurably privileged by the lottery won through where I was born. I am so grateful for a fully belly, for education, for opportunity, for a passport that opens doors. What did I do for this? Absolutely nothing. Do I 'deserve' the peace, prosperity, and sense of security I've had in my lifetime? Nope. Do I at times want to hang onto this unearned privilege with teeth and claws? You bet. Does great privilege then require great responsibility? You'd better believe it.

And how much more so for those of us who understand that Love came down for us.

I've lived in five different countries and soon I will have been living outside of my passport country more years then in it. I have friends literally all over the world and while quite a few of them are Christians, I have friends who are extremely wary of Christians as well. As things have heated up around the world, you know what sort of thing has found it's way more and more across my social media? All the ugly that Christians have to offer. And I don't like being considered part of abortion clinic bombers, haters because of skin color or ideology, ugly protests.

I've also been observing lots of fear. Things that are driven by fear--but fear can come across as hate. Fear of Muslims in general. Fear that at any moment they may turn on you. But here's the flip side, Christians, do you realize that lots and lots and lots of people are afraid that you will turn on THEM? That they don't trust you or YOUR motives? What kind of impressions are we giving to the world?

Yet, Love came down for all of us.

My pastor reminded us yesterday when Love came down as a babe that the very first to see God's glory were those on the bottom rung of society. When Love had grown, He ate with sinners and had no patience with the religious leaders of the day who circled their wagons to protect themselves. Any anger displayed by Christ at people while here on Earth was aimed at those who didn't hear his message because of legalism or pride.

Real love, true love came down for us.

I know someone who came into this country as a refugee who happened to be a Muslim. Her family was graciously supported by and loved on for years by a Christian church. She's now grown with children of her own and is a committed believer in Jesus herself.

I'd love to see more of this! Acceptance and love simply because someone is a human being created in His image. But what if her family had met fear, distrust or downright hatred? Probably an entirely different outcome indeed.

Islamic countries are some of the most difficult to enter into to have a conversation with people about the love of Jesus, but what if a Muslim family moved into YOUR neighborhood? Where you could take them banana bread to welcome them, help them learn how to navigate the area, help them understand the ways of a strange land, invite them over on a holiday, love on their children?  It wouldn't necessarily be easy but what an absolute dream scenario (and an adventure!) really! Perhaps this will be the new mission field of the 21st century?

If we believe God is who He says He is, if we believe that what He says is true, then we have absolutely nothing to fear from those who believe differently. After all it's the Holy Spirit's job to change hearts, but it's our job to love. "The greatest of these is love,"

It's yet to be decided how our generation will be remembered historically based on our response. But Love came down for ALL of us. 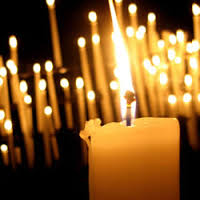 I keep hearing Matthew 10:16 mentioned 'as sheep in the midst of wolves, so be wise as serpents and innocent as doves.' This verse, however, isn't the slightest bit about hiding behind closed doors or rejecting others because something bad might happen.  It doesn't say not to go out into the world, but just the opposite. It's about how to live while in the world and that, yes, bad things will happen. But the passage leads onto this in vs. 28, "And do not fear those who kill the body but cannot kill the soul."

I understand that there are no easy answers. I am oh so grateful that it's not required of me to make life and death policy decisions for my passport country or for the place where I live. But I do know this: our ATTITUDE matters. How we personally respond matters. How much of a mirror we are to reflect the love of Jesus matters-----because the world at large and the people next door are watching. The world is actually a very small place.

And LOVE in the form of a helpless baby, left His thone for the least of these, and came down for all of us.

Peace on Earth, good will to all men.