The last few days have been the equivalent of Christmas in this part of the world. And a new experience for us! Hundreds or maybe even thousands of temporary structures have gone up around the city. Some are amazingly elaborate! Their purpose is to 'house' the deities expected to come and possess the idols that are placed inside for this period of time. Now that it's over and the g0ds have 'left', all of the idols around the city are being taken down a street near us to the river are are being burned.
Systematic chants and 'worship' music poured into our windows over the weekend through loudspeakers outside as well.
It's everyone's favorite season of the year with many parties, gifts given, etc. It's also a time that people in our part of town have actually gone hungry to prepare for as everyone, rich or poor, has been expected to contribute to the erecting of the shrines. Important to them, but from the outside looking in it's a huge annual financial burden for this city filled with poverty to bear.
Posted by Heather at 6:45 AM No comments:

I was just organizing files on my computer and re-discovered one of my favorite quotes:
"Sometimes I would like to ask G0d why He allows poverty, suffering, and injustice when He could do something about it.
'Well, why don't you ask Him?'
Because I'm afraid He would ask me the same question."
-Richard Stearns
Posted by Heather at 4:32 PM No comments:

Do you ever feel like you're just spinning your wheels? That what you do from day to day really doesn't seem to impact the world at large or isn't even very important? I want my life to be about significant things. I want it to count. Yet sometimes there are seasons of an awful lot of small stuff. Long periods of time where I wonder, "What is this all for?" Even though I live in an exotic location (!), that's been my life a lot lately, doing various small things that take effort and discipline, but I wonder if I'm actually getting somewhere. (When I put it all together I can see that it's 'good stuff, but day by day can seem mundane or 'not enough'!)
It's encouraging to know that our Father doesn't feel that way. That being faithful today in small things is service to Him that doesn't go unnoticed!
"Well, done!" the king exclaimed. You are a good servant. You have been faithful with the little I entrusted to you, so you will be governor of ten cities as your reward." (Luke 19:17)
or
"And if you give even a cup of cold water to one of the least of my followers, you will surely be rewarded." (Matt. 10:42)
What's important about us isn't what we DO anyway. It's about relationship to HIM! And then after that what we do in His name because of it.
When I look back, my most cherished memories of people saying, "Thanks! You made a difference," were about things that I had no idea had meant something to someone. Or times where I was totally unaware that someone was watching.
He can use the small stuff and it's part of the walk that brings us closer to Him. So back to my day that's full of many small things!
Note: What am I doing nowadays? Language study, lots of cooking for and hosting of volunteers and teams, teaching an English class to a couple of the women, giving tours of the factory to pass on the vision, some writing for FS, loaning of kitchen utensils and bowls to the T-shirt women across the balcony when they ask for it on their tea breaks (or in other words, relationship building), school runs, mom chores, etc. Sounds like 'enough' when I list it but still can seem 'routine' when I see the needs here and want to do more! I want to be faithful day by day and thought you might relate to that. No matter where you are or what you're doing.....:-)
Postscript: I just remembered an encouraging quote by Mother Teresa about the small stuff:
"We ourselves feel that what we are doing is just a drop in the ocean. But the ocean would be less because of that missing drop."
Posted by Heather at 11:44 AM No comments: 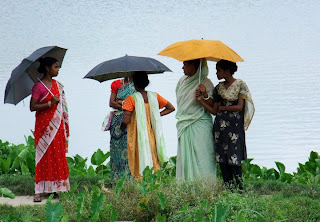 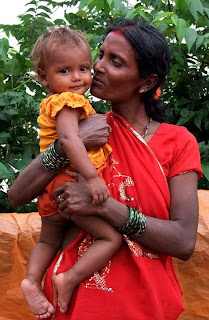 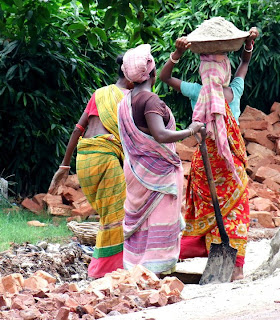 I made a comment a while back about how the women of this country make the streets look like a flower garden. Here are a few pics of the flowers:
Posted by Heather at 9:00 PM No comments: