Steve and I had the opportunity to attend a meeting today about forced prostitution (they called it 'rape for profit') of teenagers here in the Phoenix metropolitan area. Our fellowship here is partnering with other groups in the area to work to stop this unthinkable trade that is so prolific in the area, as well as to minister to the young girls who are the victims. Very disturbing stuff that it would be much more comfortable to ignore.

It stirred our hearts especially since these are exactly the sort of girls that we are being sent to minister to. I think it gave me just the motivation I need to finish up our packing to get ready to go!

We sat at a table with a couple of men who have started something called Chosenlist.com. Chosen List is a 'clean' alternative to Craig's List. We were horrified to learn that around 50% of the business done over Craig's List is prostitution and pornography based! You can actually solicit a teenager over Craig's List.

We are enjoying a visit from Terry's folks this week! We still have heaps to get done but we think are on target to get it all finished before we fly out on Monday afternoon.
Posted by Steve and Heather Pound at 5:02 AM No comments: Links to this post

Click the title to see some new pictures of our familiy.
P.S. Thank you for taking them, Chris!!!
Posted by Steve and Heather Pound at 11:24 PM No comments: Links to this post

Last weekend a friend came by unexpectedly saying that he had a vehicle we could use until we left. Just that afternoon we had been discussing when to strategically put our van on the market so it would sell before we left, but allowing us to drive it as long as possible so we wouldn't have to rent a car. We put our van on Craig's List on Tuesday, a man called later that evening, came to look at it on Wednesday and said he wanted it. Thursday he brought us the money and we gave him title! How simple was that!

When the van was given to us when the kids and I had newly arrived in the States it was like a big hug from our Father, a reassurance that he indeed cared for us and would provide. It was several months from that point when we finally moved into our own house and since we had just left everything familiar to us we used to joke that the van was our 'home in America!' This week the way the van sold felt like a reassurance also, that we are on the right track and that He is blessing us. We also know that the prayers of many are going before us as well!

Steve has been working very hard to try to get the Harley finished. He's encountered many obstacles in the form of finding the parts necessary to get the bike running and parts not arriving after he's ordered them. Earlier this week he decided that he'd given it a good go but that he just didn't have quite enough time to finish it AND get it sold before we leave. He put it on Ebay and within hours he already had a bid on it for more money than he's put into it! He's had numerous questions from others about it as well so we're hoping it will go for a decent price at the end of the auction. Another blessing!

We've had other little blessings along the way of time with friends and family. Things are moving along well for our departure. Terry's folks arrive on Friday to spend a bit of time with us before we go.

2008 will always be an amazingly sweet memory for us as we've become a family and had some excellent bonding time. We look forward to 2009 with anticipation! What an adventure it is to serve the King!

We only have 4 1/2 weeks left in the States and a long 'To Do' list to get through before then. We also need to get in as much homeschooling as possible since the months ahead hold interruptions in that department. The kids had some time off of school this week but their parents still had lots to do! We took a day off and went exploring outside of town a bit this week, however.
Thank you for your love and friendship in '08! May your New Year be blessed! 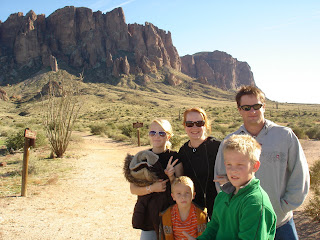 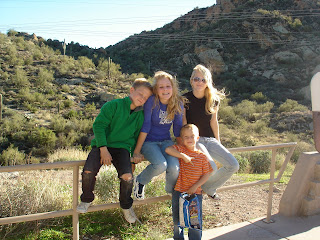 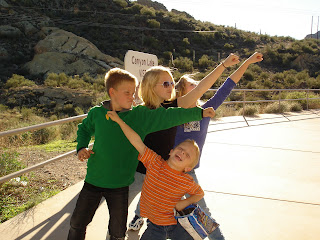 Posted by Steve and Heather Pound at 11:25 PM No comments: Links to this post