The Other Half of Everyone's Story

November 5th is Guy Fawkes Day in New Zealand.  It has something to do with a failed plot to blow up the House of Lords in England in the 1600's.  Now I think it's just pretty much an excuse to have bonfires and fireworks!  Diwali, our kids' favorite holiday in our other home happened recently and the boys were mourning the lack of fireworks in their lives this year, so this season when bonfires and fireworks are allowed in NZ was a perfect opportunity to set that right!  (Or is that alight?)

We had a barbecue, slash bonfire, slash fireworks party Sunday night on our little farm with the family and friends who are 'family.'  It's such a nice place to hang out!  Not good enough land for a real farm, but perfect for some sheep, a couple of steers (Two just weaned 'throw away' calves that don't fit in with desired breeding were left there for us on Monday by farmer friends!) and maybe eventually a house with the restful feeling of being in the country while actually only being ten minutes from town. As the bonfire burned and the fireworks flared (the friend who brought the fireworks brought a little blowtorch to light them with, how smart is that!), I thought a lot about fire and flame. 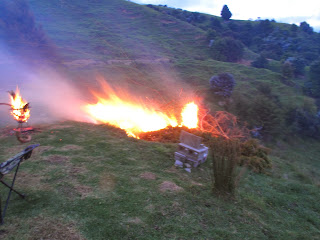 "But a tiny spark can set a great forest on fire.  And the tongue is a flame of fire. 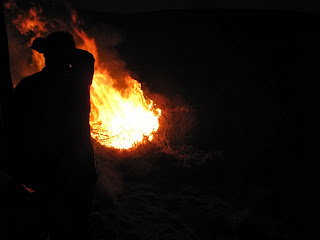 It is a whole world of wickedness, corrupting your entire body.  It can set your whole life on fire, for it is set on fire by hell itself. 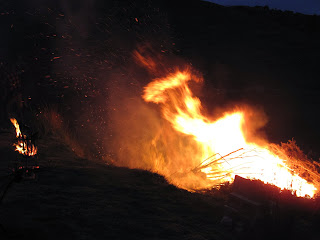 Our bonfire was huge.  It was a windy night and while we knew that the grass around was wet enough to not spread flames farther than what we wanted, it was easy to imagine what COULD happen if the fire got out of control.

The fire flamed.  Sparks flew and left scorch marks all around.  And while my hair has been washed since, it still smells like smoke, the remnant reminder of fire.

Sometimes the fires in our lives publicly blaze, and sometimes they're quietly raging inside where none can see; the result of hurt, pain, circumstance.  We've heard a lot about 'taking off the mask' and being real with those around us.  That's excellent but sometimes impossible advice.  Sometimes our 'fires' involve things that are really someone else's story and shouldn't yet be told.  Sometimes the telling would incite the flaming tongue of gossip.  Sometimes the experience is too raw or too new for public consumption.

The truth is that we never really know the other half of the story in the lives of those around us. 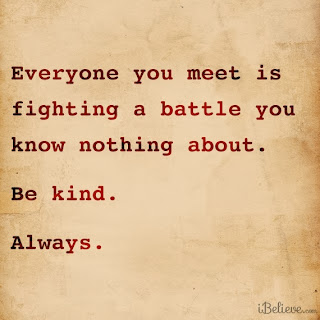 We were originally designed to uplift, support and love.  Yet far too often we criticize and condemn.  We make excuses saying that, "We didn't know!" of the pain that others were suffering.  We didn't understand what made them act like they did, so instead of love we appointed ourselves judge and jury.  And we fanned the flame of our tongues instead.

Perhaps we need to actively look for the other half of the story in people's lives.  Perhaps we need to stop being so easily offended.  Perhaps that's actually our job; to assume there's pain in things that we don't understand and become part of the healing instead.

We're all broken after all.  And, "Maybe if the broken would just love the broken we'd all be closer to the whole?"  (Ann Voskamp) 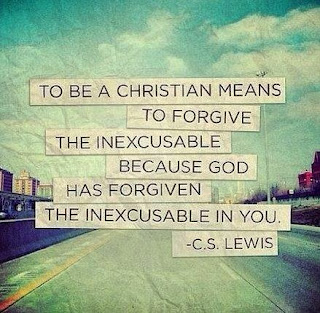 Compassion just isn't in our natural, sinful state and it's often not easy. Sometimes it needs to be grown.  But what would happen if we made THAT our 'flame of fire' instead?
Posted by Heather at 1:36 AM